JERRY DOUGLAS
"Marriage Made In Hollywood"

Jimmy's not a high concept guy
But he's front page news, let me tell you why
He's on the cover of the New York Post
All three networks, coast to coast
All he needed was a hot night in June
'Cos he had the needle and he had the spoon
When he spiked it bit, and man, he flew
Into America's living room

Loved by women, admired by men
He walked down broadway with his best friend
His brain was wired like a light in a socket
With his old friend in his back pocket
That horse could kick, that horse could scream
Ride you out of here into a different scene
Unrequited love, that makes it fair
But who keeps score when you're in mid-air?

Like a free-fall chute that didn't open
He looked down to see his dream was broken
He stared back up at a hot grey sky
Re-run his life and then he died
Well if you jump off a building, brother beware!
'Cos my friend Jimmy woke up mid-air
No time to smile, no time to wave
They buried him in a media grave 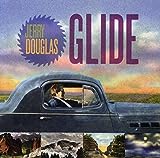