He never wanted to stay

I found the guy that found the map, he's going insane

And it was just like you said
We got back to the mansion, bowed both our heads
I saw that flash in the sky
And I recall you saying
"There's no one there but the devil and I"

I am the man who proved the map was wrong, it's never the same 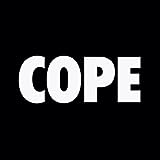