Defying the mould of human flesh. Smashing the wall of beliefs.
A sight to bring insanity to all dimensional reality.

Carved from thoughts unthought into a graphic, visible delusion of life.
A twisted display of dehumanized features, by cells reflected, refracted.
A frantic dancing of particles, in pathetic attempt at rendering flesh;
Swirling to project the illusion of shape, form, dimension and mass.

(Eyes not made for watching. Thousand watt obsidian bulbs;
Reflective, obversed. The only view is the barren self)

A walking translucent entity. Void, suspended. Inviolate by rules, all standards of existence.
An electrified vapor-cloud. A skein of bone and tissue.
An atrocity, a liquid form unshaped to the organic norm.

A mind not filled with thoughts, but a random flickering static.
A soulless creature un-alive; I'm the un-human elastic. 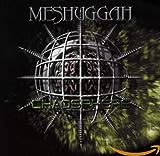