Buckets like Gilligan
Still I peep reptilians in the Filligan
Blendin' in, my quintillion ton brain
Got me revealing men
Quintessential Queensbridge poet back to the grill again
Did songs with Chubb Rock to Chris Brown, switch styles
Yet to see any heavyweight make it to this round
This that pure champion sound, I wear the crizzown
Raw, one take, I don't even need a mixdown
Demure, not docile, volatile, I kick down
Amphibians, reptiles that make that hiss sound
They eyes change color, their pupils start to slit down
When I take cover, and I let off a fifth round

Stop waiting for the hood to 'preciate ya
Whoever gets love in the hood, he's a freak of nature
When I said I wasn't mainstream, lames scream
"What does he mean?
Who does he think he is?
His bank be hid, he hardly out
He still as hard as he was when he started out"
We count 'em out, we count 'em in
Amongst the real, never my crown in doubt
So around my house with my wiz, lessons I got from my friends
Do they love me for me or love me for them?

Can't see me moving, I'm like the fastest
I'm a 3D movie, no need of glasses
They hate it before they hear it
Clear that my perseverance is somethin' they can't bear
It's become apparently clear
They fear me, I'm not dying or rather
Put my ears to the blaring cop siren
Am I here or in a hot dryer?
Didn't hear all that pop-soundin' fakespeare, pop rhymin'
Niggas should stop lyin'
Why in a whole year, you still in the same spot trying
To change, but you not risin'?
When will somebody real tell him he not Nas-in'
Cars, you just started drivin'
I've been ridin', been made it
You and your pretend stages
I did this since windbreakers (Windbreakers) 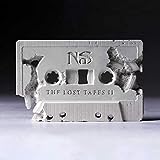