[Intro: Kanye West]
And as the sun sets
And the night falls
And them ho's call

[Verse 1: Kanye West]
He pulled up at 6:30 in a 745
As he waving "Shorty, hi", you know he showin' his bling out
She got in the car, he drove, he pulled his thing out
His girl caught feelings, she mad, she threw the ring out
How she found out she dreamt the whole thing out
Y'all be going through problems, you gotta work the kinks out
When you go to sleep? What do you think 'bout?
If y'all get a divorce
She gon' take everything except the kitchen sink out
Make it so cold that you gotta pull your mink out
Or grab your roller skates and turn a roller rink out
You now back up in the club, in the club, tryna min-gle
Meanwhile, she out doing the same thing now
Nightmares from your dream gal make you scream out

[Verse 2: Nas]
How you a man waiting for the next man to get rich?
Your plan is to stick out your hand real quick
So if he feed your family and he serve you shit
Then he need that head you get and he deserve your bitch
Since you wishin' cash fall from the sky all your life
Dwellin' on the past when you was alright
When you was getting cash but wasn't too bright
Now your luck down, you feel like bustin' them shells
Nobody owe you, can't do nothin' for self
Want niggas to show you, how to come up with green
I schemed since I'm 14, what the fuck was your dream?
Rental cars, little broads, saying you was seen
With little niggas with a chain, you was doing your thing
How high was I? You the thousandth guy
That came around thinking we can see eye to eye
We on a different echelon
Could've got bread together, now you get skedded on

[Verse 3: Nas]
She had several cars, she had credit cards
A castle, large master bathroom, getting a pedicure
Bellinis by the glassful, said she been meaning to ask who
Who in need of cash who, who could blast tools
And I'm eating cashews, knew she was bad news
But we mad cool, nothin' sexual
'Cause I knew her since high school
Grew up with my dudes, like one of my crew
She worked for Fox News
One of her mans that she lent her drop to
Won't come back with it, so she want him clapped in it
Says it's important that it looks like an accident
She was snorting and her eyes had bags in it
She was recording, had a wire, askin' shit
Four days before I came by she got bagged with bricks
Crossed the line from her world of news castin'
To a world of entrapment, a good girl gone backwards

[Sample of "They are still dreaming" to end] 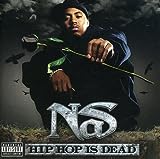