You always won, everytime you placed a bet
You're still damn good, no one's gotten to you yet
Everytime they were sure they had you caught
You were quicker than they thought
You'd just turn your back and walk
You always said, the cards would never do you wrong
The trick you said was never piay the game too long
A gambler's share, the only risk that you would take
The only loss you could forsake
The only bluff you couldn't fake

There you stood, everybody watched you play
I just turned and walked away
I had nothing left to say 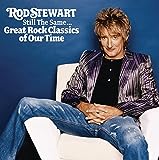