Sometimes I stumble, sometimes I fall
The angels of my nature won't accept the last call
I stop thinking, I just react
Before I know it everything turns black
I'm on a highway doing 90, [?]
Out of control and impossibly loose
I'm comprehending without a clue
I don't know where I'm going, I don't know what I'm gonna do

Maybe it's a full moon, baby, high-end tide
The fear of dying young, it makes me take that ride
I start up slowly building up steam
Before I know it all is illusion, it's like I'm in a dream
No man, no reason, nothing makes sense
No future, no past, only present tense
I'm out there floating completely alone
In a universe of chaos indifferent as a stone

I can't explain the unexplainable
Where's the electron gonna be next?
Do we really die for love and glory,
Or only for wealth and sex?
Is there a reason why I'm on this road?
Is it random or ordained?
Is everyone in the world dead today?
Am I the only that's saved?

We approach the speed of light, we approach infinite mass
We can't cross over, all our future becomes the past
It's nice to know those limits, nice to know those walls
But when you're on a bender you don't care about that at all
There's only moving forward, picking up speed
Moving feels like freedom, sometimes that's all you need
There's the wind in your hair, the [?]
Nothing else matters, you're alive right now 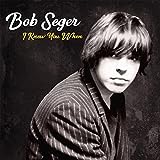