If I run uphill, I'm out of breath
If I spend all my money, I've got no money left
If I place all my chips on only one bet, I'm all in
And it's a surefire bet I'm going to die
So I'm taking up praying on Sunday nights
And it's not that I believe in your all might
But I might as well
As insurance or bail
Because institution's like a big bright lie
And it blinds you into fear and consuming and fight
And you've been in the desert underneath the charging sky
It's just you and God
But what if God's not there?
But his name is on your dollar bill
Which just became cab fare
For the evangelist, the communist, the lefts and the rights
And the hypocrites and the jesuits and the blacks and the whites
In the belly of the beast
In the Atlanta streets
Or up in Laurel Canyon
The Middle East
Still they're dying on the dark continent
It's been happening long enough to mention it
Have I mentioned my parents are getting back together again?
It's been twenty-five years
Of spreading infection
Somehow we're not affected
So my mom, she brushes her hair
And my dad starts growing Bob Dylan's beard
And I share with my friends a couple of beers
In the Atlanta streets
In the belly of the beast 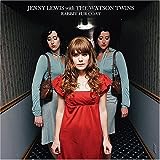