You think you are ballin' but you ain't even hit the court
I throw money at bitches like you would think it's a sport
We pop bottles and be out like like we just wanna rain
Big [?] or models, they twerk that pussy all the same
I got two gold chains, and two bad bitches
All these bands in my pockets, it's hard to pull up my britches
I put the "K" in Kountry
I put the "P" in pimpin'
I give a fuck what you think, shorty
And fuck how you're feelin'

You don't pay my bills, you don't write these songs
You don't know my life, naw bitch I'm grown
You can hold them rocks
You can throw that salt
If the ho chose me, pimpin', it ain't my fault
I got two old schools, one for the boppers
And one with the engine that get away from them coppers
I put the "B" in bumpin'
I put the dub in whippin'
I give a fuck what you think, shorty
And fuck how you're feelin'

Tell Def Jam run that bread, I don't give a fuck
Drop top, goods, bitch I gave my whip a tummy-tuck, uhh
I beat that pussy like it ain't the same, shorty
Shit, you might just put my name on it
Roll around town like I own the whole city
Fuck the hotel, brung the whole club with
Lame motherfuckers, gotta get 'em out my way
I got a new bad bitch like I get married everyday
I ain't no trapper, I ain't no rapper so don't push me to no killer
This money is a jungle, I'm a silverback gorilla
The house sit on some pillars
Dolamite my kin
I'm knockin' doors down like my trunk Pacific rim 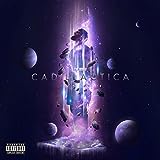