What you see is what you get
And you don't see and don't respect
You must be blind and can't detect
That I am from that BK set
Where Bible men flex big chains round necks
Wet late night sex, big dice game vets
Sweat, no threat, north, south, east, west, Weed gun men bet
Then all run it down, it's all good, I thought I told you
Any mother step in the square, I bet I fold you
Rhyming on timing, I shine like I'm suppose to
Nothing come close to son, it don't suppose to son
I thought I told you

Get funky like Lucy on the bass guitar
Make the ladies wanna drop they pants, lose they bra
I guess it just comes with the life of a star
Fly jets out of air force base, down in Shaw
I know you never heard it like this before
Real slick when he talk, the East New York walk
We can Iron Mic spar, ten paces then draw
Raw 'caine, straight from the grain, the royal Lion King
Keep it raw, hit the floor, heavyweight word
Break a man jaw on the floor, that's what you pay for
Sold eyes towards the broad, and like the mic strike
Thunder like the hammer of Thor, and keep it rough, sun 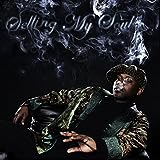 MASTA KILLA videos - What You See